What is the Tinder Effect? Since the advent of dating apps, such as Tinder, people have been able to meet their potential partners with ease. No longer do you have to go out and socialize in order to find someone that you may be interested in.

With just the swipe of a finger, you can now see hundreds (or even thousands) of potential partners in your area. This has led to some interesting changes in our society, culture, and psychology.

In this article, we will explore these changes and discuss their implications on our lives.

What is the Tinder Effect and how did it come about?

The Tinder Effect is the name given to the phenomenon of users becoming more shallow and picky when presented with a large pool of potential partners, as opposed to a smaller pool.

The term was coined by sociologist Jessica Carbino, who conducted a study on the effects of online dating. She found that users were more likely to judge potential partners on looks rather than personality when presented with a large pool of people.

This effect has been attributed to the "desirability gap" - the difference between how attractive someone is and how attracted we are to them. The Tinder Effect is thought to be one of the reasons why online dating has become so popular; with such a large pool of potential partners, we can afford to be picky.

It remains to be seen whether the Tinder Effect is a good or bad thing; while it may lead to better matches in the long run, it also encourages a superficial approach to dating.

What are some of the changes that have been brought about by the Tinder Effect?

Some of the changes that have been brought about the Tinder effect include:

The "desirability gap" between how attractive someone is and how attracted we are to them has increased. This means that we are more likely to judge potential partners on looks rather than personality.

We are less likely to approach someone that we find attractive because we know that there are plenty of other people out there that would be interested in them.

The way that we view relationships has changed; with such a large pool of potential partners, it is easy to become disillusioned with our current relationship and start looking for something better.

People are more likely to date multiple people at the same time.

There is less commitment in relationships.

The Tinder Effect has led to some interesting changes in the way that we date and form relationships. While it may make us more shallow and picky, it also provides us with more choice and flexibility when it comes to finding a partner. Only time will tell if the Tinder Effect is a good or bad thing for society as a whole.

How has the Tinder Effect changed our society, culture, and psychology?

The Tinder Effect refers to the way that the widespread use of dating apps like Tinder has changed our society, culture and psychology. In the past, people would typically meet potential partners through friends, family or work.

However, with the advent of dating apps, people are now able to meet potential partners from anywhere in the world with just a few swipes of their finger. This has led to a significant increase in the number of people who are meeting and dating online.

Additionally, it has also led to a change in the way that people are perceiving and evaluating potential partners. In the past, people would typically base their opinion of a potential partner on their physical appearance and personality.

This has caused a shift in the way that our society perceives and evaluates relationships.

What are the implications of the Tinder Effect on our lives?

The implications of the Tinder Effect are far-reaching and potentially negative. One of the most significant implications is that it has led to a superficial approach to dating.

Because people are able to view a potential partner's online profile before they even meet them in person, they are more likely to base their opinion of them on their looks rather than their personality.

This shallow approach to dating can lead to disappointment and heartache when people realize that the person they are in a relationship with is not the same person that they thought they were.

Additionally, the Tinder Effect has also caused a decrease in commitment levels in relationships. With such a large pool of potential partners available at our fingertips, it is easy to become disillusioned with our current relationship and start looking for something better.

Is Tinder good for relationships?

A relationship can be obtained via Tinder. Even though it might seem rare - only a few actually mention their encounter with Tinder in a positive light on their social media. However, the majority of people do not find their "true love" on Tinder.

What does Tinder stand for?

Can you be on Tinder while in a relationship?

You can, but should you? That is the question. While it is technically possible to be on Tinder while in a relationship, it is not advisable. If you are in a committed relationship, you should focus your attention on your partner and not be looking for someone else.

Is it cheating if you're on Tinder?

Your partner might think so. If you are in a committed relationship and you are using Tinder, then you are technically cheating on your partner. Just ask yourself how you would feel if your partner was on Tinder and you found out.

Is Tinder for relationships or hookups?

It's not always easy to tell what kind of match you'll make on Tinder. Is it more like a casual fling that can eventually lead to something serious, or is this just some one-night stand type situation where people are only interested in having sex with each other and then going their separate ways afterward--no strings attached either way so don't get your hopes up!

The best way I've found successful at determining whether someone might be worth getting emotionally invested in goes thus: if they're asking me questions about my life story even though we didn’t know each other before swiping right, and they're genuinely interested and not just trying to get into my pants, then that's a good sign. If not… well, you can probably figure out the rest for yourself.

Should you delete Tinder If you're in a relationship?

You probably should remove the Tinder app from your phone if you're in a relationship. If you're not interested in cheating on your partner, then there is no need to have the app installed on your phone. How would you feel if you found out your partner was on Tinder? Chances are, you would not be too happy about it.

In conclusion, the Tinder Effect has had a significant impact on society, culture and psychology. It has changed the way we view relationships and commitment. It has also led to a decrease in the quality of relationships. If you are in a committed relationship, you should delete the Tinder app from your phone. 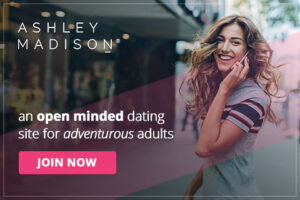