If you’re one of the 1.8 billion Muslims in the world today, then you know that finding a compatible partner can seem like an impossible task.

There are many important factors to consider including shared religious practices, values, and future goals, but the good news is that online dating has made it a little easier to locate your perfect match.

As a bonus, the sites on this list are more oriented around finding a marriage partner than your typical Western dating apps.

Table of Contents
Top 10 Muslim Dating Websites
#1: eHarmony
#2: Elite Singles
#3: Muslima
#4: Arab Lounge
#5: Helahel
#6: Muslim Marriage Solution
#7: BestMuslim
#8: Love Habibi
#9: SalaamLove
#10: IslamicMarriage
Conclusion
Frequently Asked Questions
What is the best Muslim dating site?
How do I meet Muslim singles?
How can I find a Muslim girl to marry?
What is a halal boyfriend?
Is dating online haram in Islam?
How do Muslims start dating?
Can Muslims be on tinder?

Though eHarmony was founded by a clinical psychologist with a conservative Christian background, its marriage-oriented agenda will appeal to anyone with more traditional values.

For 20 years, its compatibility matching system has helped bring men and women together in enduring love and commitment.

This is why Muslims should also pay attention to this site because finding a match on eHarmony is very possible.

Elite Singles was made with career-driven, commitment-minded men and women in mind. Its average user is over 30 and educated, with a majority holding at least one advanced degree.

You won’t find any casual encounters here. Elite Singles is about finding a long-term partner who shares your ambitions of building a prosperous, lasting future – together.

Finding a fellow Muslim to date on this site is very easy. 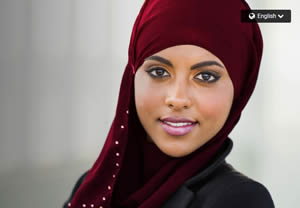 Cupid Media is one of the most highly respect niche dating site networks on the web, and they’ve combined their Muslima is home to a staggering 4.5 million Muslim members from the United States, Europe, the Middle East, and Asia.

According to its homepage, it is “one of the leading Islamic matrimonial sites”, and it’s been helping bring happy couples together since 2006. 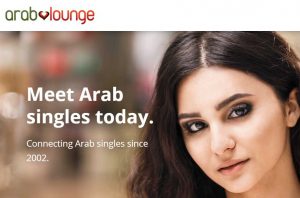 If you’re new to online dating, it’s understandable that you might have safety concerns.

If so, you’ll love Arab Lounge. This site has been cultivating a reputation for securely connecting Muslim singles since 2002! 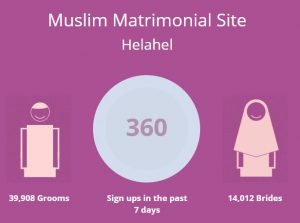 Unlike your average contemporary dating site, Helahel is explicitly matrimonial and adheres to Islamic courtship guidelines.

This is not the place to seek casual hookups or short-term flings. The singles on Helahel are looking for marriage partners who take their faith just as seriously as you do. 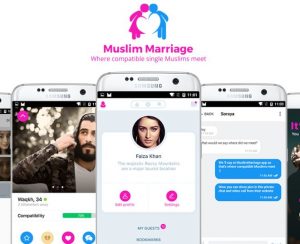 Muslim Marriage Solutions is “where single Muslims meet for marriage.” This matrimony-oriented site uses the swiping function, making it easy for you to sort through singles with ease.

But don’t worry that it’s all looks-based. The site prioritizes compatibility over physical appearance, helping facilitate marriages that are built to last. 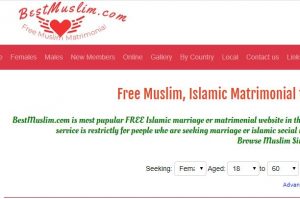 It’s not oriented around casual dating, so if you’re searching for a marriage partner you’ll feel right at home!

Though Love Habibi is designed for Arab people of all faiths including Christianity, it has a considerable Muslim user base.

This site’s social networking-style format makes it easy for you to search for Muslim friends and romantic partners.

By signing up, you gain instant access to other World Singles Network sites, enlarging your pool of Muslim singles and increasing your odds of finding lasting commitment!

Unlike most contemporary dating sites, Islamic Marriage was designed with the end goal of matrimony in mind.

It prioritizes Islamic courtship principles, making marriage an explicit goal of the connections formed on the site.

Regardless of where you’re from or how you practice Islam, these sites will make it easier for you to connect with Muslims who share your unique views and values.

So what are you waiting for? Register today, and you can soon be one step closer to an Islamic marriage with the partner of your dreams?

What is the best Muslim dating site?

eHarmony is widely considered to be one of the best dating sites for long-term relationships. They use a proprietary algorithm to match users based on compatibility, and they have a history of success in helping people find their perfect match.

Muslima is another popular option, especially for those who are looking for a Muslim partner. They offer both a traditional dating experience and an option to connect with Muslim singles around the world. Both eHarmony and Muslima have large memberships and are well worth considering if you're looking for a serious relationship.

How do I meet Muslim singles?

There are a few different ways that you can go about meeting Muslim singles. One option is to join a dating site or app that caters specifically to Muslim singles. These platforms typically require you to create a profile, and they may also offer matchmaking services to help connect you with compatible matches.

Another option is to attend Muslim community events or mosques. This can be a great way to meet other Muslims who share your values and beliefs. You can also look for Muslim singles groups on social media platforms like Facebook or Instagram.

These groups often host events or activities that you can attend. Finally, you can ask friends or family members if they know any Muslim singles who might be interested in meeting someone.

How can I find a Muslim girl to marry?

If you're looking for a Muslim girl to marry, there are a few things you can do to increase your chances of finding the right one. First, get involved with the Muslim community in your area. Attend local events and meetups, and get to know other Muslims in your area.

This will not only help you meet potential partners, but will also give you a better understanding of what Muslim women are looking for in a husband.

Secondly, consider signing up for a Muslim dating site. These sites allow you to search for Muslim women based on their location, age, and other factors. This can be a great way to connect with potential partners who share your faith and values.

Don't forget to put yourself out there. Talk to friends and family members about your desire to find a Muslim wife, and be open to introductions from people you know. By taking these steps, you'll increase your chances of finding the perfect Muslim girl to marry.

What is a halal boyfriend?

A halal boyfriend is a boyfriend who adheres to the Islamic rules of dating. This means that he will not engage in premarital sex or any other type of sexual activity. He will also avoid physical intimacy such as kissing and hugging.

Instead, he will focus on spending time getting to know his partner on a spiritual and emotional level. A halal relationship is one that is based on mutual respect and understanding. By following these guidelines, couples can build strong relationships that will last a lifetime.

Is dating online haram in Islam?

Muslims are prohibited from committing adultery, so online dating would technically be considered haram since it could lead to marriage outside of the faith. Haram is a strong word, however, and there isn't a single Muslim scholar who would say that online dating is a punishable offense.

The more important question is whether online dating is Halal or Makruh. Halal means something is permissible and Makruh means it's disliked but not strictly forbidden. In the world of online dating, it's up to each individual to decided what they're comfortable with and what they're not.

For some Muslims, anything that leads to marriage is permissible, even if it means Meeting someone online. Others may only want to date within their own community, and still others may decide to abstain from dating altogether. There are no hard and fast rules when it comes to Muslim dating, so it's ultimately up to each individual to decide what feels right for them.

How do Muslims start dating?

Muslims start dating when they're ready to find a partner for marriage. This can be any time after they've completed high school, but many Muslims wait until they're older, often after they've finished university or started working.

While there's no set age, it's generally accepted that Muslims should start looking for a spouse when they're ready to settle down and get married.

There are a few different ways that Muslims can find potential partners. One is through family and friends, who may know someone who would be a good match. Another is through online dating sites, which are becoming increasingly popular among Muslim youth.

Muslims can also meet potential partners at Muslim community events or through mutual friends. Whichever way they choose to go about it, Muslims start dating when they're ready to look for a lifelong partner.

Can Muslims be on tinder?

Muslims around the world have been using dating apps like Tinder to find love. However, there has been some debate about whether or not these apps are permissible under Islamic law.

On one hand, Muslim scholars have argued that dating apps are a modern way to find a spouse and are therefore permissible. On the other hand, some scholars have claimed that using dating apps is tantamount to committing adultery.

The decision of whether or not to use dating apps is a personal one. While there are certainly risks involved, Muslim singles who use these apps can do so in a way that is respectful of their religion and its teachings.

Think you've found your match? Been chatting with someone online and they END_OF_DOCUMENT_TOKEN_TO_BE_REPLACED

If you're thinking about dating a divorced or a separated man, there END_OF_DOCUMENT_TOKEN_TO_BE_REPLACED

25 Questions You Should Ask When Online Dating