There are about 436 million Arab people living in the world today according to Statista.

That’s roughly 5% of the entire human population, and that equates to an enormous dating pool!

But for many Arab men and women, finding a partner who shares their values can be a struggle, especially in the United States.

There is tremendous variance in religious beliefs and cultural sensibilities, and where personal preference can conflict with familial and societal expectations.

The good news is that online dating has helped simplify the process of finding a compatible Arab partner.

Table of Contents
10 Best Arabic Dating Websites
#1: eHarmony
#2: Elite Singles
#3: Muslima
#4: Arab Lounge
#5: Arab Matchmaking
#6: Zohra Dating
#7: ArabeLove
#8: Arabian Date
#9: Love Habibi
#10: Single Muslim
Conclusion
Frequently Asked Questions
Where can I find Arabs to date?
Are Muslims allowed to date?
What dating apps do Muslims use?
How do you get an Arab man to fall in love with you?
How does 'dating' in the Arab world work?
What is it like to date a Muslim or an Arab?
Are Arab women attracted to White American men?

eHarmony was founded by a clinical psychologist from a conservative Christian background, which has made the site understandably controversial to some.

However, if you have more traditional values, you may find that the climate of the site is exactly what you’re looking for. Plenty of Arab singles are members or eHarmony.

eHarmony makes it easy to connect with other marriage-minded singles, and thanks to its thoughtfully designed matching system it boasts an exceptional success rate.

Its user base is predominantly composed of adults 30 and over, and the majority are educated with advanced degrees.

This isn’t the kind of site where college kids gather to find their next hookup. It’s geared toward adults with long-range ambitions who are ready to put down roots and build a life they can be proud of with someone they love. 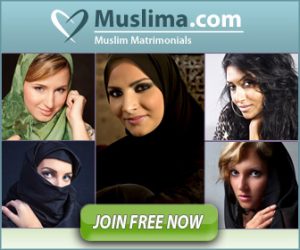 Muslima is home to a staggering 4.5 million Muslim members from the United States, Europe, the Middle East, and Asia.

According to its homepage, it is “one of the leading Islamic matrimonial sites,” and it’s been helping bring happy couples together since 2006. 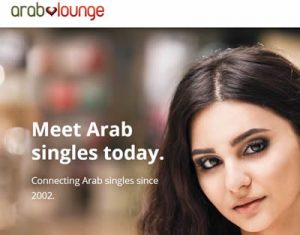 If you aren’t accustomed to meeting people on dating sites, it can feel like a risky proposition. 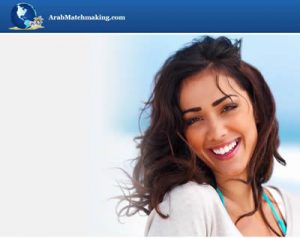 Its homepage announces that Arab Matchmaking is “the #1 Arab dating site for Arab singles in the world!”

With thousands of matches to choose from, free registration, and free unlimited searching, this site makes beginning your search for the perfect Arab partner fast, easy, and inexpensive.

Since 2011, Zohra Dating has been helping Arab singles the world over find lasting love. This site is more explicitly inclusive than some of the others on our list, with search functions that allow you to look for any gender pairing.

The site’s forum allows you to connect with men and women from all Arab countries, and it’s completely free to use.

If you’re looking for an Arab dating site with a slightly more fun and casual atmosphere, might we suggest ArabeLove?

According to its homepage, this is “where Arabs click”: in an upbeat environment where you can meet new friends, singles, and romantic partners.

Its 260,000+ members come from countries all over the globe, so it’s a given that you’ll meet at least a few folks you click with. 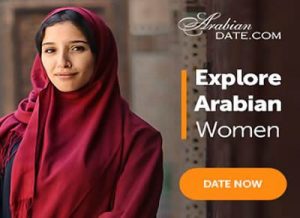 Since 2002, Arabian Date has been blazing a trail in the world of Arab dating sites.

Their homepage boasts “the leading anti-scam system in the industry” and a commitment to verifying that all site members are real – refreshing indeed for anyone who’s ever been catfished online! 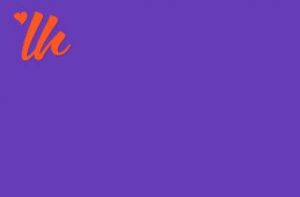 Unlike Muslima, which serves only Muslim members, Love Habibi is designed for Arab Christians and anyone else adjacent to Arab culture.

Sign up and you can instantly start looking for new friends, dates, and even possible marriage partners. 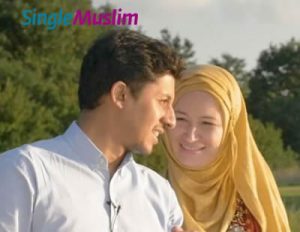 If the search for the right partner is getting you down, look there for inspiration!

There are certain obstacles specific to dating while Arab. Thanks to these online Arab dating sites, they don’t have to slow you down in your quest to find lasting commitment.

Create a profile today, and before long you could be face to face with your perfect partner. Whether you're looking for single Arab women or men, you'll find the best Arab dating site here.

Where can I find Arabs to date?

There are a few different places where you can find Arabs to date. One option is to look for Arab dating events or clubs in your area. These can be a great way to meet other Arabs who are looking for someone to date.

Another option is to search online for an Arabic dating site or app. This can be a convenient way to connect with Arabs from all over the world. You can also try contacting Arab organizations or groups in your community.

This can help you get in touch with Arabs who share your interests and who might be interested in dating. Whichever method you choose, make sure to be respectful and honest when interacting with potential matches.

Are Muslims allowed to date?

Muslims are allowed to date. Islam does not forbid Muslim men and women from interacting with one another, as long as there is mutual respect and no considerate amount of physical affection is involved.

While some Muslims may choose to abstain from dating altogether, others may feel that it is simply a matter of personal preference. In either case, it is important to remember that Islam does not condone premarital or extramarital relationships.

Muslims who are interested in dating should seek advice from their parents or Imam, and should only pursue relationships with the intention of marriage. With this in mind, Muslim men and women can safely date without fear of breaking any religious rules.

What dating apps do Muslims use?

While there are a number of dating apps that cater to general audiences, there are also many that are designed specifically for Muslim users. These apps take into account the unique needs and concerns of Muslim users, such as the need for privacy and ethically-minded partners.

Some of the most popular Muslim dating apps include Muzmatch, Salaam Swipe, and Muslima. Each app offers slightly different features, but all aim to create a safe and welcoming environment for Muslim singles to connect.

How do you get an Arab man to fall in love with you?

There is no one answer to this question, as each person is unique and will respond to different things. However, it is important to be respectful and attentive.

Arab men tend to place a high value on family and honor, so showing sincere respect for their parents and siblings will go a long way. Arab men often appreciate women who are well-educated and can hold their own in intelligent conversations.

Humor is also highly valued, so try to make him laugh. Finally, it is important to be yourself and let him get to know the real you. By being genuine and authentic, you will be more likely to win his heart.

How does 'dating' in the Arab world work?

In the Arab world, dating is often considered to be taboo. This is because many Arabs tend to believe that it is only for people who are looking for a serious relationship. However, there are also many Arabs who date for fun.

In fact, some Arabs even use dating as a way to meet new friends and expand their social networks. The process of dating in the Arab world usually starts with introductions from friends or family members.

Once an introduction has been made, the couple will usually go on a date. Dates in the Arab world can be very informal, and often involve simply hanging out together and getting to know one another.

What is it like to date a Muslim or an Arab?

Muslims and Arabs have a reputation for being strict and conservative, but the reality is that they are just like anyone else when it comes to dating. Just like people of other cultures, Muslims and Arabs value loyalty, respect, and communication in a relationship.

Of course, there are also some things that are unique to Muslim and Arab dating. For example, in many Muslim countries, it is considered inappropriate for men and women to date before marriage, so couples often have to get creative about spending time together.

Islamic law prohibits physical intimacy before marriage, so couples must find other ways to express their affection.

Although Arab women have a reputation for being exotic and mysterious, the truth is that they are just like any other woman when it comes to relationships. They are attracted to men who are confident, successful, and attentive.

While there are definitely some Arab women who are attracted to White American men, it is not because of their skin color. Instead, it is because these men tend to possess the qualities that Arab women find attractive.

So, if you want to attract an Arab woman, the best thing to do is simply be yourself. Be confident, be successful, and be attentive, and you will have a good chance of winning her heart.

If you're wondering what qualities rich men look for in a woman, END_OF_DOCUMENT_TOKEN_TO_BE_REPLACED

Think you've found your match? Been chatting with someone online and they END_OF_DOCUMENT_TOKEN_TO_BE_REPLACED